On Monday, January 21st, 2013, President Obama will take the oath of office for the second time.  And after that little bit of history is taken care of, everyone will come in from the cold, and they’ll be hungry.  So what’s for lunch?  And more importantly, what will they be drinking?

This is the first time New York wines will be served at the Inaugural Lunch.  It must feel like winning a Wine Oscar to find out some of the world’s most powerful people are about to enjoy your wine!  The wines were chosen by Design Cuisine and the New York Wine & Grape Foundation in a blind taste test.  Oh, to have been a fly on the wall (with tasting privileges!) for that event.

Wine Pairing:  Bedell Cellars 2009 Merlot (Long Island, NY).  If you want to get your hands on a bottle, check here. It looks like it can be yours for around $18 a bottle. 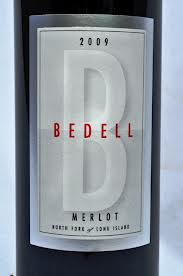 Third Course:  Hudson Valley apple pie with sour cream ice cream and maple caramel sauce.  Aged cheeses and honeycomb will also be served.  I want to go to lunch, just for this course!

Incidentally, the French have their berets in a bunch about the Inaugural Menu including the word Champagne.  The French are a bit proprietary about the word Champagne, insisting it cannot be used to describe a sparkling wine that wasn’t made in the Champagne region of France.  Official letters of protest have been filed. However, US law allows some vintners to use the term Champagne if they also include the source for the grapes.  And since the label of the Korbel bottle reads, Korbel Russian River Valley Natural Champagne, and the Inauguration is an American event taking place on American soil . . . I suspect the French may find themselves on the losing end of this battle.

I found one retailer that lists Korbel’s Inaurgural Champagne on their website. $20/bottle.

I played with vermouth and artisanal bitters at work last night. What did you do? 🍸🥃
I’ve been craving a grassy-ass (and I mean that in the most affectionate way possible) New Zealand Sauvignon Blanc all day. Delicious. 🥝🌱🍋🫑
Getting some vitamin D on the Lawn with my favorite Hoo.
Easter: Chateau d'Aiguilhe, bunny shakers, and Robin Eggs. Not necessarily together.