Glory, There’s a Whole (Go Big Red) Glob of Us! 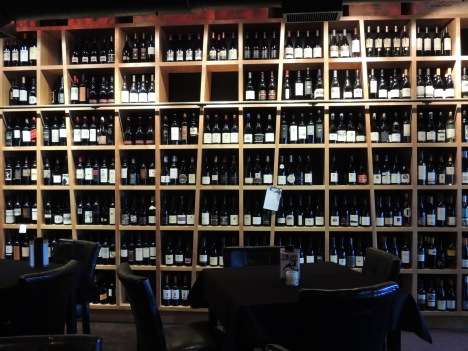 Sometimes, you need to step out of your life for a few days, and change the scenery — hit the reset button.  It’s therapeutic.  Over Spring Break, my daughter and I spent a few days in Omaha, Nebraska (back to my midwestern roots) for a 3-generation girls weekend.  Our three-generations crew included me and my daughter, my mom, my aunt, my cousin, and her 3 girls. In the very fantastic words of my Aunt, “Glory, there’s a whole glob of us.”

My aunt lives in Omaha, the rest of us are scattered (Colorado, Ohio and Virginia) — but Nebraska is still home for all of us.  And every time I come home to Nebraska, I’m reminded how much I miss it — the wide open spaces (Nebraska is a claustrophobic’s dream), the Runzas, the Dorothy Lynch salad dressing, the steak (if you ever want to get a Nebraska farmer really excited, just suggest that grass fed beef is superior to corn fed beef), and how genuinely nice everyone is.  Not that folks in Virginia aren’t nice.  They are (mostly).  They’re just not Nebraska Nice.

This is a photo from my family’s farm in Axtell, Nebraska.  You see what I mean about the claustrophobic’s dream?  Nothing but sky and space.  This . . . is my Serenity Now.

Getting to Omaha was anything but serene.  There were delays (waiting on an inbound aircraft), an epic sprint through O’Hare, and more delays (due to mechanical problems) before we finally arrived.

We grabbed our rental car (even Nebraska Nice doesn’t sell me the extra insurance, thankyouverymuch), and made a b-line to my cousin Barry’s wine bar — Wine 121.  If you live in Omaha, or near Omaha, or you just want a really fun road trip, set your GPS to Wine 121. Tell Barry Cousin Chardonnay-nay (that’s me, and a story for another day) sent you.  He’ll take good care of you.

As you can see, Wine 121 has an extensive wine library, specializing in cult wines from California, Oregon and Washington.  Barry has tasted and given a thumbs up to all the wines at Wine 121. You won’t find any Little Penguins, Yellow Tails, or wines with scary arsenic levels on Barry’s shelves.  😉

Barry gave me carte blanche to try anything I wanted (I wanted to try everything).  My top three wines of the weekend were (in no particular order):

It’s kind of impossible to bring my cousin a bottle of wine he hasn’t tried, but I did it (and I’m still patting myself on the back, too).  I brought a bottle of the 2009 Muse Vineyards Clio from Virginia — the winner of the 2015 Virginia Governor’s Cup.  It met with hums of approval (and some surprise — this is Virginia wine?!?) from everyone who tasted it, so I’m gonna chalk that one up as a win for both me and Virginia.

This is the Menu Winebreather Decanter.  Barry says it decants wine better than anything else on the market.  And bonus . . . you can entertain all your friends by leaving the bottle upside down in the middle of your table, and watch the decanting unfold.  This is exciting as decanting gets, folks.

After the show is over, you can either pour straight from the decanter, OR you can flip the decanter over and double-decant the wine back into its bottle.  Fancy, huh?  You can also use these handy Menu blade gadgets to decant straight from the bottle (they’re kind of like a Vinturi that attaches to the bottle).  One drawback?  There’s no screen to catch potential sediment.

I bought myself a decanter and a set of those blade thingys the minute I got home.  My intent is to do a little decanting experiment.  Stay tuned.

Wine 121 also has the most extensive selection of whiskeys I’ve ever seen (even one from Virginia!).  If you’re a whiskey lover, you need to stop by.  Hell, make a pilgrimage.  One of the perks of having a cousin who owns a wine bar is getting to sample something from your bourbon bucket list.  This trip, Barry pulled out a bottle of Pappy Van Winkle’s 12-year old Special Reserve Bourbon Whiskey.  Unbelievable stuff.  The smell is hypnotic — I’d wear it as perfume if it wasn’t so damn tasty.  And $30 an ounce.

The Wine 121 Wall of Whiskey

This side of my family (aka “the drinking side”) will gather in the Finger Lakes later this summer for our tri-annual family wine trip.  So that’ll be the whole glob of us + the men folk.  Table for 16, please . . .