The One with all the Albariños * 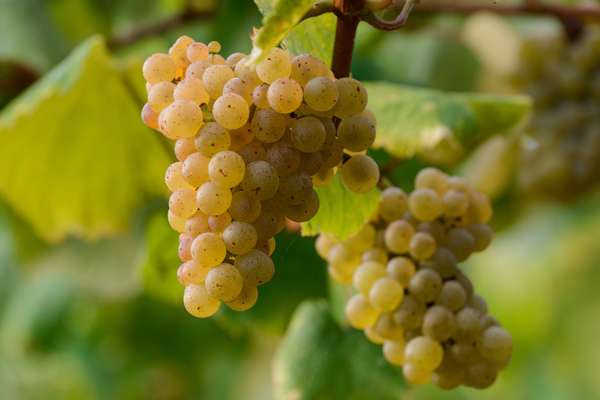 * Yes, I wrote this while watching a Friends marathon.

This month on #WineStudio, we’ve been studying the wines of Rías Baixas, Spain.  Instead of our usual 4-week program, we’ve embarked on an ambitious 9-week program.

The first four weeks of study were devoted to Albariño.  Week 1 focused on the history and background of Rías Baixas:  10 Things to Know about Rías Baixas (and one non-sequitur).  And over the next three weeks, we tasted six different Albariños.

I admit, I don’t drink a lot of Albariño.  For a couple of reasons.  First, I’ve always thought of Albariño as a seafood wine, and I don’t make a lot of seafood here at Haus Armchair Sommelier.  Half of the people in my house don’t like seafood (and I’m not making separate meals for everyone), so we end up eating mostly land-dwelling food.  But on the seldom occasion I do make seafood (when the fish-haters aren’t around) . . . I’ll reach for an Albariño.

Second, I just plum forget about Albariño.  If I’m in the mood for a wine with snappy acidity, I’ll grab an über-dry Riesling or a Sauvignon Blanc.  Why do I need Albariño?

Because Albariño isn’t Riesling or Sauvignon Blanc.  To my palate, it’s kind of both.  Albariño has acidity for days, minerals galore, piles of citrus and stone fruits, with a sprinkle of grass and herbs.  Maybe Albariño is the secret love-child of Sauvignon Blanc and Riesling.  I’m kidding. Mostly (depending on who you ask, Albariño might just be a clone/descendant of Riesling).

And Albariño isn’t just for seafood.  Albariño is universally food friendly, pairing beautifully with everything from fish to chicken to cheese.  The lovely folks at Rias Baixas Wines summed it up perfectly:

Albariño is exceptional with everything . . . or nothing.

Adegas Gran Vinum Nessa 2015  ⭐⭐⭐/89
100% Albariño, Val do Salnés.  Pale yellow.  Nose is very clean — wet rocks and seashells(!!) with a citrus breeze. Wheeee, the acid!  Light bodied, with a whole truck full of citrus flavors.  Ever-so-slightly effervescent.  The finish is a bit abrupt, but I loved that first cold sip of wet rocks.  Btw, the vineyard soils for Nessa are enriched with shells from local mollusks.  So that whole seashell thing?  Totally real.  A very enjoyable glass of wine!
Martin Codax 2014   ⭐⭐⭐/86
100% Albariño, Val do Salnés.  Pale yellow.  Nose is heavy on the minerals, with a touch of florist (the store, you know the smell).  Light bodied, with citrus and white pepper notes. There’s a fun pear finish, but you really have to wait for it.  A bit richer than the Nessa (especially as it warmed up), but not nearly as much eau de seashells.

My Pairing:  Caramelized Scallops with Capers in a White Wine Lemon Sauce.  I mean, it’s seafood, so of course the Albariños killed it.

Rectoral do Umia Viñabade 2014  ⭐⭐⭐/87
100% Albariño.  In Galician, Viñabade means “Abbot’s Vineyard”.  It’s a reference to the Cluny monks who are credited with bringing Albariño to Galicia in the 12th(ish) century. Medium yellow.  Nose is lemon cream, minerals, fresh-cut grass and vanilla.  The vanilla snuck up on me. Light bodied, very clean, with bonkers acidity, and flavors of citrus and seaspray.  Takes on a sherry-like nose (honey and pepper) as it warms.  Bonus point for the fantastic label.

My pairing:  Homemade Macaroni and Cheese with Aged Gouda and Virginia Country Ham.  I would never have thought to pair this dish with an Albariño.  Cream sauce and ham?  That’s crazy, right? Wrong.  It was magnificent with both the aged gouda and the Virginia country ham (which, btw, is a little bit similar to Spanish jamón).

Veiga Naum 2014  ⭐⭐⭐/86
100% Albariño.  Piles of wet stone and green apples.  And there’s that delicious seashell thing again.  Loaded with acidity, yet not at all out of balance.  A smidge of salinity rounds things out. I’m really digging the seashells and salinity theme running throughout these wines . . . Albariño is the beach after a late afternoon rainstorm.

Attis Bodega y Viñedos Xión 2014  ⭐⭐⭐/88
100% Albariño.  Wow, had I smelled this blind I might have thought it was a Viognier.  So plush and floral.  Straw yellow color.  Intensely aromatic — stone fruit, citrus, jasmine.  Maybe the “fullest” of the six Albariños we tasted.  Lovely.

My pairing:  Chicken Schnitzel with Brown Butter Lemon Sauce.  It’s official — Albariño and lemons are a match made in Nirvana!