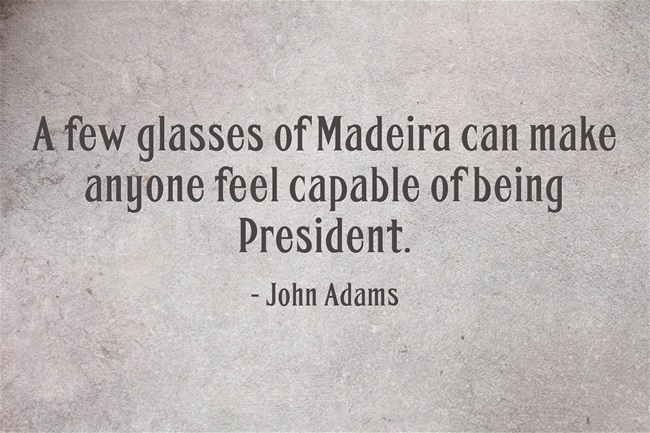 Yesterday, I received good news . . . I passed my WSET Diploma Unit 6 Exam, Fortified Wines of the World.  Glee!  Waiting for WSET results is excruciating — all of the exams have to be sent to London for grading, and it can take weeks to receive them (like 10+ weeks).  But, the wait is over, and I passed!  I am now officially one-third of the way through the WSET Diploma Program.  My next unit will be Sparkling Wines of the World.

Bring on the bubbles!

I had a whole slew of fortified “study” wines leftover (the beauty of most fortified wines is that they keep for a long time), so a few weeks ago, I gathered my family and friends together for an evening of fortified wine tasting.  We tasted though 21 bottles of fortified wines, ranging from Muscat Beaumes de Venise to Rutherglen Muscat.  Ports are always a hit, and people who have never tasted Fino Sherry will almost always make a face.  But, I was surprised by how well-received Madeira (a fortified and intentionally oxidized wine from the Portuguese island of the same name) was with my little tasting group.

During the founding years of America, Madeira was the best known and most popular wine.  Drinking Madeira was not only popular, but patriotic.  If the American Revolution had a sponsor, it would have been Madeira.  George Washington, John Adams and Thomas Jefferson all had extensive collections of Madeira — it was even used to toast the signing of the Declaration of Independence.

Unhappily, a series of unfortunate events took most of the wind out of Madeira’s sales.  In the 1850s and 1870s, powdery mildew and phylloxera devastated Madeira vineyards, and many were never replanted.  Those that were replanted, were planted with inferior grape varieties, or bananas, which could fetch a much higher price than grapes.  The 20th century brought two World Wars, the Russian Revolution, and Prohibition in America.  Whatever was left of the Madeira market was circling the drain.

It’s only been in the 21st century that the remaining Madeira producers “committed to quality improvement and expanding existing markets, the largest of which are France, Germany, United Kingdom, Japan, USA, Belgium, Sweden and Switzerland.”1

And so today’s words are fortified, and they come to us via our second President, John Adams.

I will announce my candidacy posthaste.

1Elliott, Trevor. The Wines of Madeira: An Indispensable Guide to the Wines, Grapes and Producers.

Birthday dinner with my girl …
57 years ago in Tokyo . . . my dad won his first Olympic gold medal. 🏅 💙🖤❤️💛💚
Happy Birthday, Mr. Hemingway! The story of these words is on my blog. Link in bio. Cheers!
Reviewing some “easy meals you can make yourself in college” with my girl before she heads back to UVA next month (without a meal plan!). There’s a Wegs in Charlottesville, so this is an easy starting point: Chicken Tzatiki.