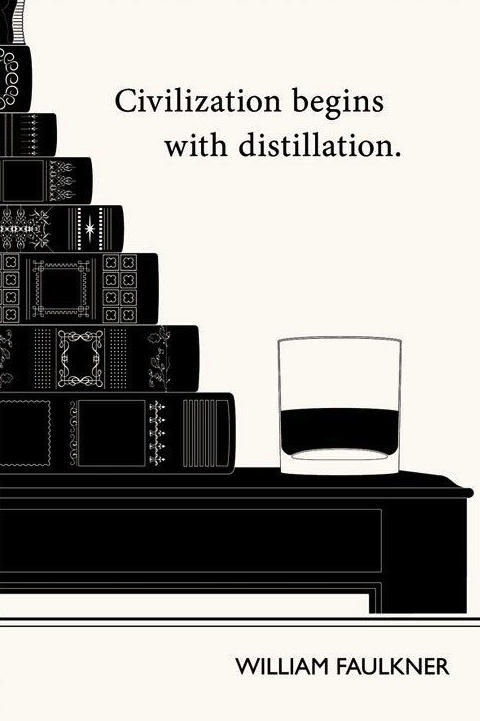 Last week, I started the latest unit of study for my WSET Diploma . . . Spirits of the World. 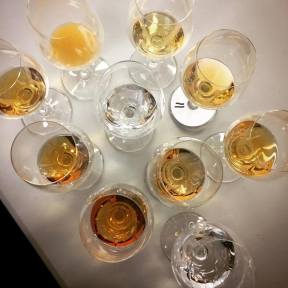 I walked into the classroom, and there were sixteen glasses in the back of the room, each filled with a different spirit.  Our task?  Identify each spirit by “nosing” (this is a fancy way of saying smelling) them.  Holy Hell.  You think you know what rum smells like?  Smell it next to fifteen other spirits.

Sidebar:  The correct way to “nose” spirits is not by swirling it around and then sticking your nose into the glass (like you would for wine).  If you do that, the alcohol vapors will anesthetize your nose, and you won’t be able to smell much of anything for the rest of the night.  Also, it burns like hell.  To correctly smell a spirit, you bring the glass toward your nose just until you start to smell something.  That way, you’re smelling the congeners (another fancy word, for flavors) of the spirit, and not just the alcohol.

This week’s words (which are technically a rerun — did I mention I started another WSET unit?) come to us from William Faulkner, often considered one of the most influential writers of the 20th century.  Faulkner was also a notorious drinker, perpetually marinated, and usually in bourbon.

Once asked about the meaning of a particular sentence in The Sound and the Fury, Faulkner responded, “I have absolutely no idea of what I meant . . . I always write at night, and I keep my whiskey bottle within reach.”  I tried the “I have no idea” answer once in a college literature class.  It didn’t go over well.  Doubtless, Faulkner was a binge drinker, and he almost always set off on a multi-day (or even multi-week) bender after he completed a work. 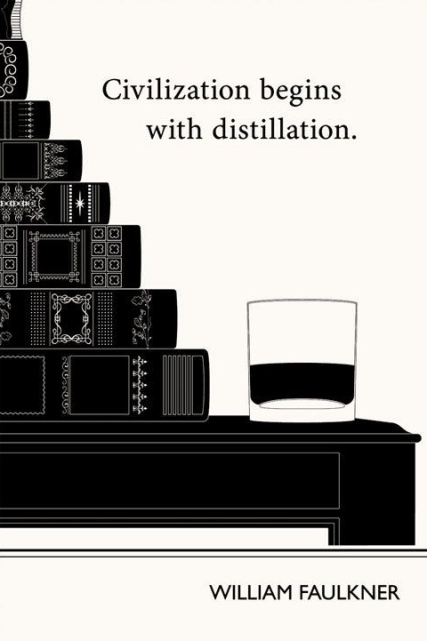 What are the odds Faulkner wrote that sentence drunk?

Fermentation is a totally natural thing.  Throw some grapes into a bin, let the natural yeasts and sugars get cozy, and voilà . . . alcohol.  Thanks, Mother Nature.  Distillation, on the other hand, that’s a human invention.  And civilization & distillation are joined at the hip.  Civilizations have been distilling nature into some kind of alcohol for millennia.  People who spend lots of time studying ancient civilizations debate the exact date, but it’s likely distilled beverages can be traced back to China, as early as 3,000BC.  The Ancient Babylonians used distillation to make perfume.  The Ancient Egyptians were definitely distilling.  Ditto the Greeks (Aristotle wrote about distilling sea water to make it drinkable) and the Romans.  The list goes on and on.

Where there is civilization, there is distillation.