“If you are lucky enough to have lived in Paris as a young man, then wherever you go for the rest of your life, it stays with you, for Paris is a moveable feast.”  ~Ernest Hemingway

Paris stays with you, alright.  We just returned from a two-week trip to Germany and France. We spent a few of our days in Paris (my very first time in Paris, btw).  And although I loved Paris, I’ll never be in love with Paris.  At least not the same way Hemingway was.  Paris will be forever tainted for me because of this: 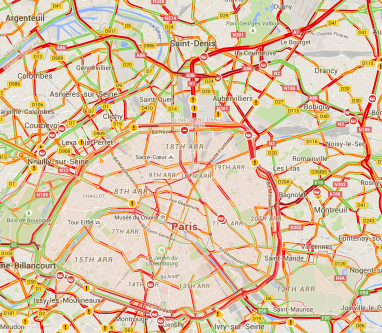 Driving in Paris is part naiveté, part dumbassery, and part bat-sheiße crazy.  Roads that are clearly meant for three lanes of traffic, have five (traffic lines are merely a suggestion).  And in-between all the cars, there are these kamikaze motorcyclists who weave in and out of traffic like teenagers who think they can just push the restart button if they crash.  Throw in a herd of caterpillar busses (who think nothing of shearing off the occasional side-view mirror of a car in their path), and voila . . . sheer madness!

Although we didn’t know it at the time, there was also taxi-cab strike going on (the cab drivers were protesting the presence of Uber in Paris).  The strike had every major artery into and out of the city intentionally blocked.  I’d say it was complete chaos, but calling it chaos doesn’t adequately describe the chaos.

We did finally arrive at the underground parking garage near our hotel, that I had so brilliantly reserved before we left home, and managed to squeeze our Volkswagen Golf station-wagon into a space clearly designed for Barbie’s Corvette.  And with that, we bid adieu to our car for a few days.

Now . . . we were ready to experience Paris.

Sidebar:  When we checked into our hotel, the front desk manager (Oliver, who might just be the original Parisian) found out we had driven a car into Paris and had this to say:  [Read in outrageous French accent] “You are by car?!?  Aaaaaahhhh!  You are very brave to drive in this madness!”  Yeah.  Brave.  Or really, really dumb.

I spent a good deal of our days in Paris chasing Hemingway’s ghost.  We stayed in St-Germain-des-Prés, on the Left Bank, sandwiched between the Luxembourg Gardens and the Latin Quarter — which is very near Hemingway’s old haunts.  And then we walked.  Everywhere.  We walked to see his apartments, the cafés where he wrote, and Shakespeare & Company, the bookstore formerly owned by Sylvia Plath.  You can imagine how thrilling this was for my teenagers.  Thank goodness for Nutella crepes, which served as both distraction and pacifier — they can’t complain if their mouths are full.

Shakespeare & Company was the literary hangout of the Lost Generation in 1920s Paris — Hemingway, F. Scott Fitzgerald, Gertrude Stein, Ezra Pound, and James Joyce were all regulars.  The original store opened in 1919, but closed in 1940, during the German occupation of Paris.  It reopened in 1951 as Le Mistral, but changed its name back to Shakespeare & Company in 1964, to honor Plath’s original store.

I bought myself a copy of A Moveable Feast, Hemingway’s memoir of his life in Paris in the 1920s.  I already own a copy, but not one with the coveted Shakespeare & Company stamp. 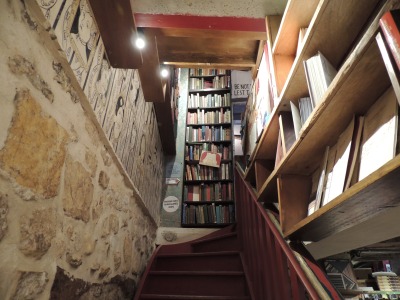 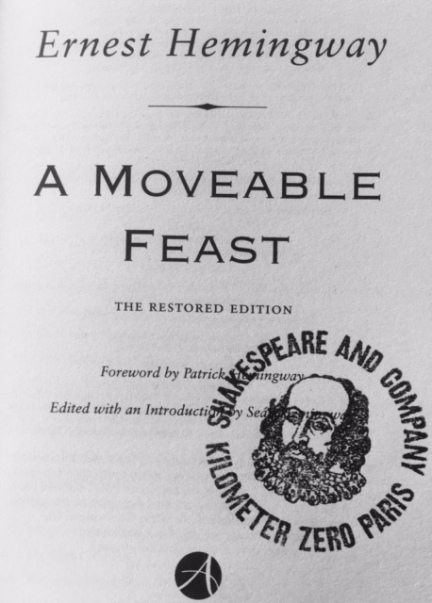 I read (and devoured) A Moveable Feast a many years ago.  But, now that I’ve been to Paris, I’m re-reading it.  And it’s even more meaningful now.  One of my favorite quotes from the book (and I have many — we may have a little Movable Feast binge on Wine, Words & Wednesday for the next couple of weeks) is this: 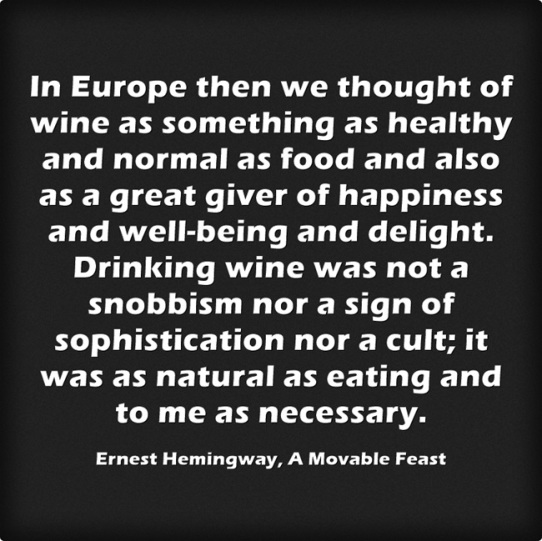 (I copied the quote exactly as it appears in the book.  Apparently, Hemingway wasn’t very fond of the comma in Paris.)

Two things I learned in Paris (aside from never, ever, ever drive there):

We left Paris on a Monday morning.  After rush-hour.  And during a blissful lull in the Taxi-cab driver vs. Uber death match.  It was way easier getting out of Paris than getting in.  But not easy enough for me to ever try driving in Paris again.  If we do go back to Paris . . . it’ll be avec Hemingway, sans car.

There was an error retrieving images from Instagram. An attempt will be remade in a few minutes. 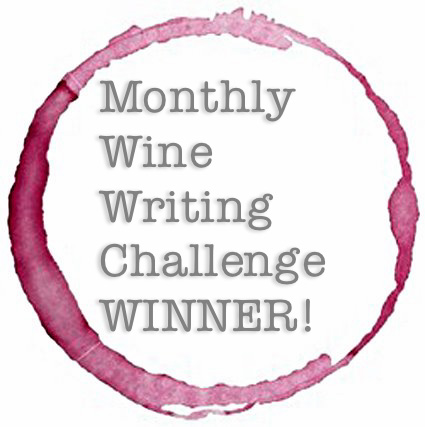