One of the world’s first food writers, Brillat-Savarin is considered the father of low-carb diet. He’s even got a namesake cheese, Brillat-Savarin (triple-cream Brie made in the Normandy region of France).  A huge cheese fan himself, Brillat-Savarin once remarked, “a meal without some cheese is like a beautiful woman with only one eye.”  We enjoyed some brilliant cheese plates (including Brillat-Savarin) while we were in Normandy earlier this summer, so I’m rapidly warming up to the cheese course.  I’m not sure I’d ever give up chocolate for cheese, but you never know.

Brillat-Savarin (the man, not the cheese) was a bit of a character.  One time (not at band camp), a friend offered Brillat-Savarin some grapes for dessert after dinner.  Brillat-Savarin pushed the plate aside and said, “Much obliged, but I am not accustomed to taking my wine in pills.”

Brillat-Savarin and I would have made fine dinner companions.  I’ve often thought for as much as I love wine, I really should enjoy grapes more than I do. 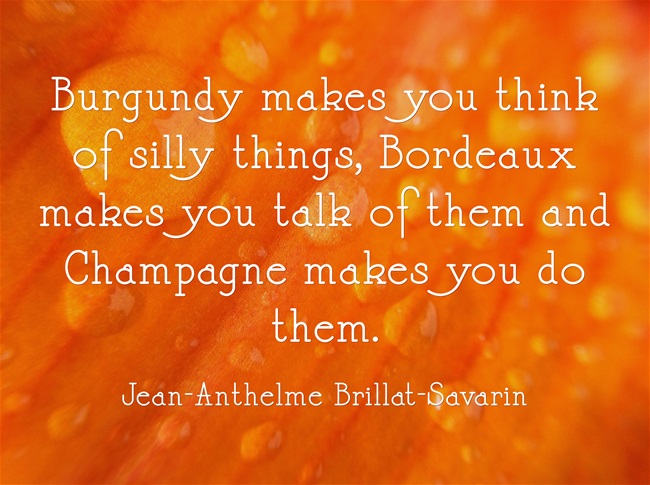 Happy Wednesday!  Will you think, talk, or do silly things tonight?