OTBN: A Pipe, a Port, and a Pudding 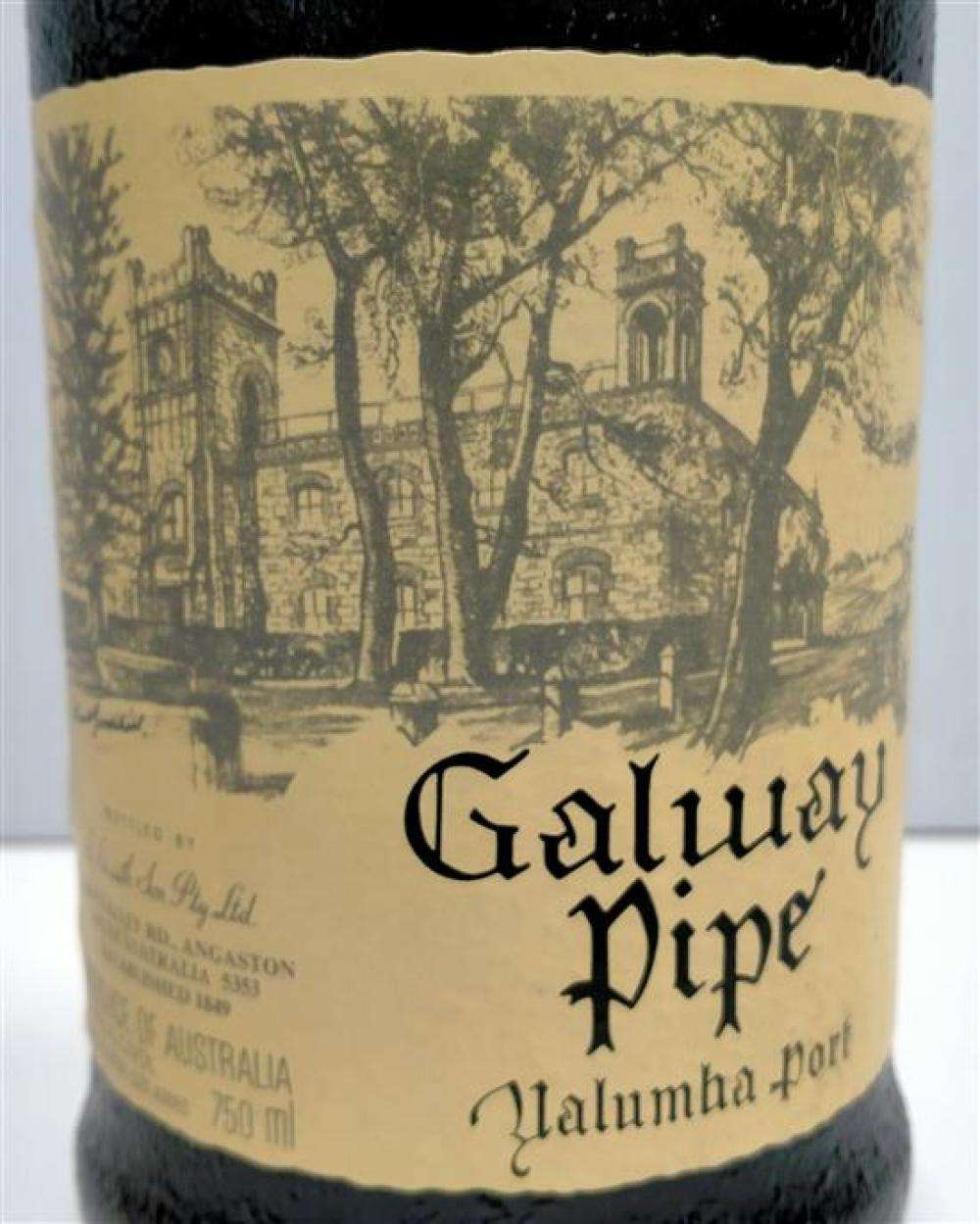 Well, this is either going to be perfect . . . or perfectly awful.

Because I didn’t put  any thought into OTBN (Open that Bottle Night, brainchild of Wall Street Journal columnists, Dorothy J. Gaiter and John Brecher) this year.  I completely forgot it was OTBN, and planned a samples dinner for that night.  And it didn’t seem like opening a pile of samples would be in the true vein of the evening.

Zoinks!  What to open?  A quick (and somewhat desperate) walk down to my wine closet later, I came up the stairs with this in my hands:

This bottle has been in my wine cellar for at least a decade.  I know this because when I first started entering my wine stash into Cellar Tracker (back in 2007), I marked the tops of the bottles with a white paint pen so I wouldn’t lose track of which wines I had already entered (and yes, I used to be clinically organized).  I know I had this bottle for some years BCT (before Cellar Tracker), I just can’t say for sure how many years before.

What do I know about this Galway Pipe?

In an attempt to figure out what in the Sam-hill is going on with Galway Pipe, I reached out to Yalumba, and they were kind enough to send me a response.  Apparently, when Yalumba shifted their focus to the production of premium table wines (sometime in the mid 90s, which is when I would guess I bought this bottle), they sold their fortified wine stocks to third parties, and Galway Pipe was one of the labels that was sold.

When Yalumba was producing Galway Pipe, it was regarded as our premium tawny port offering.  It was an old tawny style, made from the choicest Shiraz and Tokay grapes, fortified with brandy spirit and then matured for 12 to 15 years in small oak casks.  It carried no vintage year but was blended each year to a high level of consistency.

Galway Pipe is named after Governor Henry Galway, who was Governor of South Australia from 1914 – 1920.  Governor Galway was a frequent visitor to the winery, and on each of those visits, he would taste the various pipes (the traditional name for a 500 liter cask) of port. Whichever pipe was his favorite would get the designation Galway’s Pipe.  And there you have it.

Galway Pipe Australian Tawny Port NV ⭐⭐⭐⭐/94
I had no idea what to expect when we opened this bottle.  Port is fortified, so I didn’t expect it to be bad, but I didn’t necessarily expect it to be good, either.  If Galway Pipe was already aged 12-15 years + the decade (or more) in my cellar, this bottle was somewhere around 25 years old.  How does a 25 year old Australian tawny port taste?  As it turns out, pretty perfect.  A layer cake experience of coffee, tobacco, raisins, dates, and caramel.  Super elegant, with just enough acidity to keep everything from falling apart.  I don’t smoke cigars, but I really wanted to smoke one with this port.  It just seemed like the right thing to do.

So what do you pair with a pretty perfect port?  Pudding.  Bread Pudding.  Specifically:  White & Dark Chocolate Bread Pudding with Irish Cream Sauce.  I already had this planned as dessert for my samples dinner.  The fact that it also happened to pair with my last-second OTBN selection . . . happy coincidence.

I’m always amused by the comments for recipes.  People try very hard to make things very difficult.  You don’t need to use artisanal bread and fancy chocolate for this recipe. Heck, I used semi-sweet and white chocolate chips (because I saw chopping chocolate as an unnecessary step).  I used plain-old (non-artisanal) French bread.  I also added the bread to the custard instead of the other way around.  That gave me more control over how moist the pudding was before baking.  But it’s the sauce that makes this dish.  Without the sauce, this would be good, but not good enough to make again.  You need the sauce.  The sauce is crack. The pairing turned out to be perfect — balanced in every direction.  If I had planned an OTBN bottle and pairing, it wouldn’t have turned out this well.  I love it when a [completely-fly-by-the-seat-of-my-pants-no-plan-whatsoever] plan comes together.