Today’s words come to us from 17th century Italian astronomer, mathematician, physicist, and all-around Renaissance man, Galileo Galilei.  Galileo proposed the absurd and terrifying idea that the earth revolves around the sun (and not the other way around), which resulted in a little misunderstanding with the Catholic Church.  Galileo was tried and convicted of heresy, forced to recant (as an alternative to being burned at the stake), and spent the rest of his life under house arrest.  The Catholic Church eventually came around (359 years later, in 1992) and issued a pardon and apology to Galileo.

Galileo is responsible for seven of my favorite wine words:  Wine is sunlight, held together by water. So, I wasn’t sure what Galileo could possibly come up with for an encore, but then I found these words: 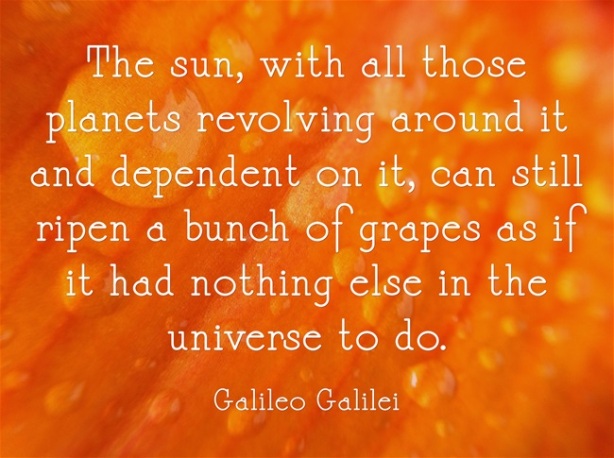 Tasted the latest vintage of this micro-production Cab from @mc4wine last night, and my mind jumped immediately to lavender. Probably because I was outside on my patio and my lavender is blooming, but a lovely connection, nonetheless. And another home run for MC4. Bravo!🍷👏
Made spicy mac & cheese 🌶 (maybe too spicy - I was a little heavy-handed with the Sriracha) for dinner. Loving this @smith_madrone Riesling as the perfect foil for the spice. Cheers!
Sangria season! 🍷🍊🍋🍎
One word: Lipstick💄. Happy Unmasking Day Virginia! So grateful to be vaccinated and healthy!!