A Corkscrew and a Blowtorch Walk into a Bar 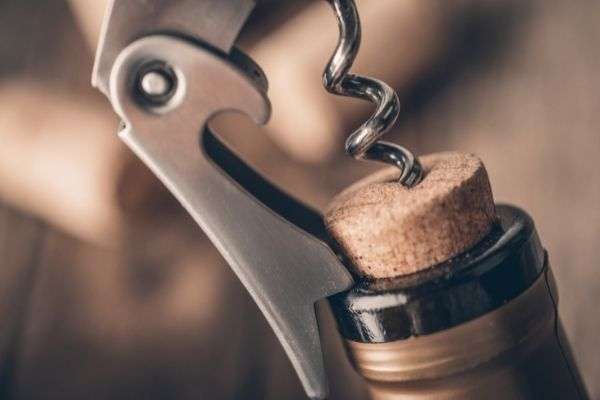 For as much as I love wine, I don’t spent a lot of time thinking about corkscrews.  Yet, over the years, I’ve accumulated an entire kitchen drawer full of them — some better than others.  But I don’t think about them.  I just take it for granted that one of them will get the job done.

Recently, I was asked to review two products from Avina Wine Tools, a company located in Valenciana, Spain, on the Mediterranean coast (near Alicante, Yecla and Jumilla, for wine reference) — the Falcon Bartender’s Corkscrew and wine bottle stopper.

And so I started thinking about corkscrews.

The first corkscrew was likely modeled after a piece of military hardware called a gun worm, a tool used to clean the bore on musket rifles (which tend to be a real mess after you fire black powder rounds through them).  The gun worm held a wad of fabric in its “twist”, and attached to a long rod, was inserted into the rifle bore to clean and remove any black powder and/or bullet residue left inside.There’s not much consensus on who invented the first wine corkscrew.  It was probably someone in England, and probably sometime in the 17th century (the first official patent for a corkscrew belongs to Reverend Samuel Henshall, of Oxford, England, in 1795).  Wine has been around a lot longer than corkscrews, but when you stop storing wine in clay amphorae and wooden barrels, and start storing it in airtight glass bottles, you need a way to close them (all hail the cork tree).  And, more importantly, a way to re-open them.

File that away for safe keeping.  You could win Jeopardy with that knowledge nugget.

My go-to wine opener/workhorse is the Estate tabletop opener from Rogar.  I’ve had it forEVER, and I use it almost every day.  For speed and ease of use it’s unbeatable, but it does take up counter space.  The drawback is that not all wine bottles fit inside the opener, like the ones smothered in a layer of thick, totally unnecessary wax.  Ditto the bottles with equally unnecessary ultra-wide glass at the top of the bottle neck (I’m looking at you, Turley).

If I have a bottle that’s too much for my workhorse, I grab one of my faithful waiter’s corkscrews.  A German inventor, Carl FA Wienke, filed a patent on his Waiter’s Friend corkscrew (aka, Butler’s Friend, Wine Key, and Sommelier’s Knife) in 1882.  If you’re a wine lover, you can’t have too many of these things.  In addition to the drawer full in my kitchen, I keep one in the glove box of my car, one in my purse, and one in my cosmetic/travel bag, too (but not in my carry-on bag — I lost a couple of corkscrews to TSA before I finally learned that lesson).  Why so many?  So I never have to use one of these again:

One word of advice — if you’ve never used a waiter’s corkscrew before, there is a smidge of skill involved.  Practice a few times before you go public, so you don’t look like a rube in front of your friends.

Failing those two methods of cork extraction, I can always fall back on the always entertaining, but not especially practical, blowtorch method (no, I am not making this up, and yes, it really does work).

Avina has four models (which are really just shape variations) in its bartender line — the Barracuda, the Falcon, the Jaguar, and the Rhino.  Bonus points for clever naming.  I was sent the Falcon model, which is perfect, because if you’ve followed my blog for any amount of time, you know I have a thing for birds (the kind you keep outside in nature, not the kind you keep inside, making a mess in your living room).

The Avina Falcon opener is crafted from stainless steel and ebony.  It’s sleek, visually attractive, and has some weight to it, which is nice.  The components (including a half-inch fulcrum, which is a word I don’t find occasion to use very often) feel solid, and it works like a charm.  The cork came out of my bottle with ease.  My only complaint was the packaging.  It was nearly impossible to get the dang lid off the box.  I briefly considered the blowtorch method of box opening, but the Mr. Armchair Sommelier was able to get it open before I had to deploy the nuclear option.

The Avina wine stopper is attractive and easy to use (no pumping).  And the seal is air-tight.  You can store the bottle on its side and it won’t leak Chardonnay all over the produce in your refrigerator.  Look mom, no leaks!