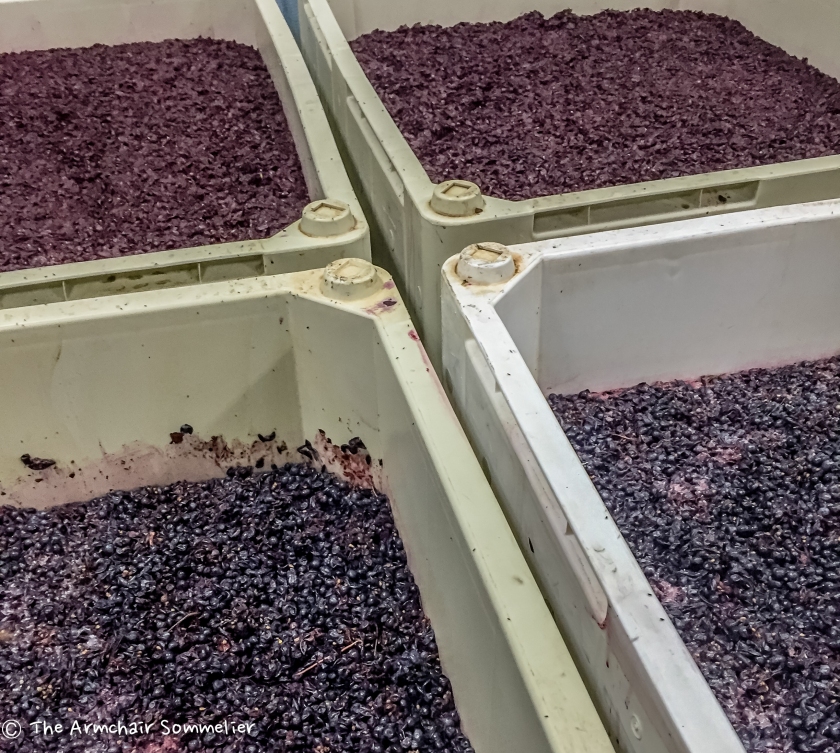 One of my WSET3 classmates asked a question this week that had me scratching my head:

When exactly did people start adding yeast to grapes to make wine?

Well, winemaking isn’t new.  And you need yeast to make wine.  No yeast, no fermentation.  No fermentation, no wine.

Archaeologists have found evidence of grape-growing and wine making in Anatolia (central Turkey) and Georgia dating back at least 6,000 years (think Neolithic Stone Age).  And the oldest known “winery” is a cave, discovered in Armenia, dating back to 4,100 BC.  The cave was full of wine vats, jars, and even a wine press.  Archaeologists also found Vitis vinifera (wine grape) seeds.  And if they were making wine in that cave, they were using yeast.  They just didn’t know it.

The Ancient Egyptians were also well versed in viticulture.  Paintings found in Egyptian tombs read like a how-to manual for winemaking. Wine jars found in the tomb of King Tutankhamen were even labeled with a vintage and quality level.  The Egyptians were certainly using yeast and the process of fermentation to make wine, they just thought it was divine magic.

Historical sidebar:  Shezmu, the Egyptian Demon-God of the Wine Press (I am not making this up) was a rather vindictive and bloodthirsty God.  Shezmu would routinely (and enthusiastically) tear off the heads of the damned and throw them into his wine press.  He would then serve the “wine” to the virtuous as they passed through the underworld on their way to better places.  I’m pretty sure I saw this on an episode of Criminal Minds.

It wasn’t until the late 17th century when Anton van Leeuwenhoek (remember him from your biology class?) used his microscope to see and describe the single-celled organism we know today as yeast.  And, in the late 1850s, the French scientist, Louis Pastuer, became the first person to identify yeast as the living, micro-organism responsible for fermentation.

Yeasts are single-celled organisms belonging to the fungus family.  The most common species of yeast involved in winemaking is Saccharomyces cerevisiae.  Saccharo is derived from the Greek, meaning sugar, and myces, meaning fungus.  Mmmm . . . sugar fungus.

So technically, the answer to my classmate’s question is about 6,000 years ago.  But when did winemakers start deliberately adding specifically cultured yeast?  Probably not until around the turn of the 20th century when scientists figured out how to use a centrifuge to concentrate the yeast.  Active dry yeast (think Fleischmann’s) wasn’t made until World War II.

For the ancients, fermentation was spontaneous.  If you toss a few bunches of grapes into an amphorae and ignore them for a few weeks, magic happens.  Aka, they start to ferment.  They can’t help it.  Grapes have natural yeasts on their skins, and the yeasts need food.  And they love sugar!  So, the yeasts eat the sugars found in grapes and leave behind CO2 and alcohol.

I’ve always thought of yeast as Pac-Man, and sugar as the Pac-dots.  When Pac-Man finishes eating all the dots, the wine is ready.

Some winemakers still choose to use spontaneous fermentation (aka wild/native yeast fermentation).  They argue that native yeasts are more expressive of place than the commercialized yeasts.  However, commercial yeasts give you more control and consistency over the style of your wine.

But here’s where it gets interesting (at least to me).  There are several hundred strains of Saccharomyces cerevisiae available to a winemaker.  Each specific strain is created to either emphasize or eliminate certain characteristics in a finished wine.

I had no idea.  I thought wine yeast was wine yeast. 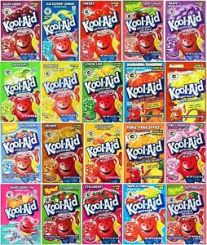 Take a look at this yeast catalog from More Wine.  There are seven pages (yes, pages) of yeasts to choose from.  You want your Cab Franc to have a big mouthfeel with notes of cherry liquor and rose petals?  Yeast BM45 is your guy.  You want your Chardonnay to express exotic fruit and pineapple?  Yeast T306 is for you.  You want your Rosé to have a fruit salad character?  Order Yeast 71B.

And now, I can’t stop thinking about all the choices in wine yeast as a rainbow of Kool-Aid packets.

So, exactly how do you create a strain of yeast that will make your Rosé taste like fruit salad?