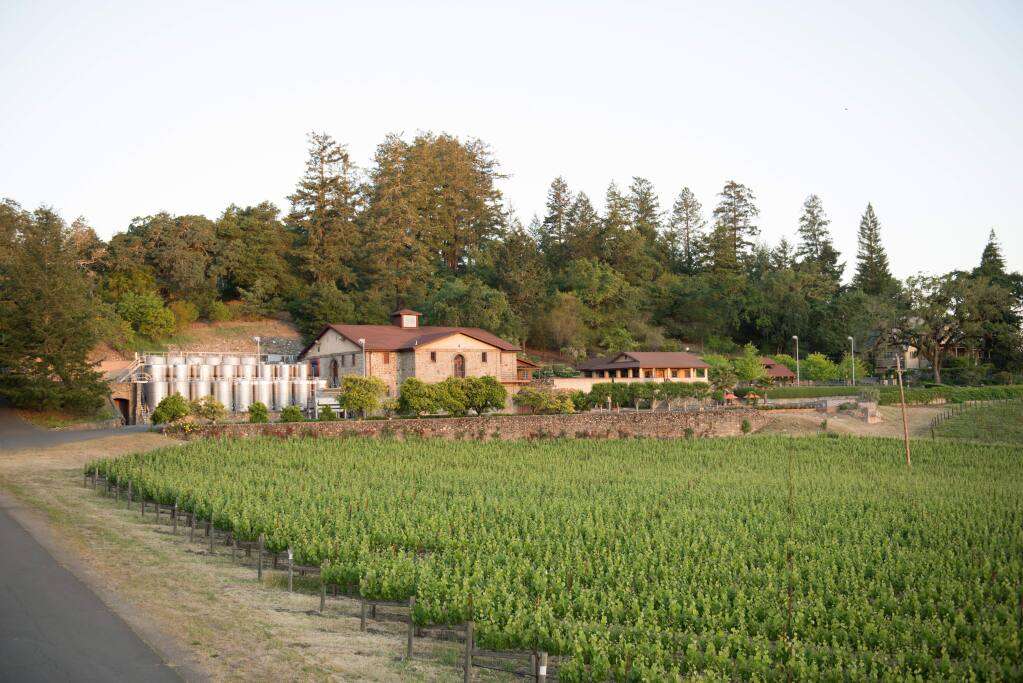 One of the things I didn’t anticipate about working in wine retail is losing touch with the stories behind an extraordinary bottle of wine. We have thousands of bottles of wine on our shelves, but what we sell the most of are the wines I call the ticky-tackies. Because these wines remind me of the folk song, “Little Boxes” by Malvina Reynolds. Reynolds wrote the song as a reaction to the urbanization of San Francisco in the 1960s — it was essentially a political statement about sameness and conformity. But the lyrics hit a bullseye: And they’re all made out of ticky-tacky, and they all look just the same. It’s an easy mental leap to wine. Apothic, Barefoot, Menage a Trois, Meiomi, Cupcake, 19 Crimes, et al. — they’re all made out of tacky-tacky and they all taste just the same. There’s nothing intrinsically wrong with them, but there’s nothing unique or different about them, either. They’re ordinary. They’re made for, and targeted to suit, the American palate. People are bonkers for them, and they sell like crazy. Welcome to wine retail.

In all the demand for the ticky-tackies in wine retail, I’ve slowly lost touch with the extraordinary. That said, I’m fortunate enough to receive some very extraordinary wine samples. Tasting and writing about them is a way for me to refocus my attention back toward all the reasons I fell in love with wine in the first place — that tangle of history, geography, culture, literature, language, art, chemistry, and geology, etc.  The tangle and the learning are endless (unless the ticky-tackies put up a road block).

Jerry and Flora Komes purchased the Flora Springs Winery property from the Louis M. Martini estate in 1978. The winery is named after family the Komes family matriarch, Flora, and the natural springs that run through the property. The property has been home to grapevines since the 1800s, and is one of Napa Valley’s famous ghost wineries. These are wineries that were built between 1860 and 1900, but were mostly abandoned by the early 20th century because of the perfect storm of phylloxera, the Great Depression, and Prohibition. Before Prohibition, there were 713 wineries operating in California. After its repeal in 1933, only 40 remained operational. Many of the rest became ghost wineries.

When Jerry and Flora purchased the Flora Springs property, it included not one, but two, ghost winery structures. The first was built in 1900 by Scottish immigrants, James and William Rennie. The winery suffered a devastating fire soon after its completion, which just happened to coincide with the beginning of phylloxera’s pillage through Napa Valley vineyards. They would never rebuild. The second structure on the property was built in 1885 by Charles Brockoff. Rumor has it that building was used to make bootleg wine during Prohibition. Louis M. Martini bought both wineries in the 1930s (though both were used for storage and not winemaking), and lived on the property until his death in 1974.

As you might imagine, the winery buildings weren’t looking their best when Jerry and Flora purchased them in 1978. Over the next decade John Komes, Jerry and Flora’s son, completely renovated both winery structures.

The Story of Soliloquy

In the 1990s, viruses threatened to destroy the Soliloquy vines. The Komes Family took a sample to UC Davis, where biologists found five different diseases in the vines. Through a process called microshoot culture extraction, scientists were able to regenerate a non-diseased leaf and create a Soliloquy clone. From there, the propagated vines were taken to a specialized nursery where they would produce enough vines to replace the entire vineyard. But, in 2003, the nursery went bankrupt, and it was abandoned with Soliloquy inside. Nat Komes and his winery team hopped a fence and broke into the abandoned greenhouse (I’m envisioning an Ocean’s Eleven sequence). They embarked on an hours long search for Soliloquy . . . and found it! Nat Komes then took on the task of blending and re-creating the Soliloquy from memory.

Today, Flora Springs is the only winery in the world making wine from that particular clone. Originally, Soliloqy was a single varietal wine, but in 2017 Flora Springs began making it as a blend. It is one of Flora Springs’ two flagship wines:

2018 Soliloquy ⭐️⭐️⭐️⭐️/ 93 points
A blend of Sauvignon Blanc, Chardonnay, Malvasia and Pinot Gris. Aged for 7 months in a combination of concrete egg vessels, French oak barrels, stainless steel barrels and oak puncheons. The texture on this wine is sublime. Green apple and stone fruits. Pineapple. Exceptional acidity and balance. I might actually be able to tolerate a Shakespeare soliloquy if I had a glass of this wine in hand. An extraordinary wine. 620 cases produced. $50.

2017 Trilogy ⭐️⭐️⭐️⭐️/ 93 points
First made in 1984, Trilogy was one of Napa Valley’s first proprietary Bordeaux-style blends. Originally, it was three varieties (Cabernet Sauvignon, Cabernet Franc, and Merlot), but today it can be up to five. The 2017 is 80% Cabernet Sauvignon, 17% Petit Verdot, 3% Malbec. Aged for 22 months, 92% French oak, 8% American oak. So much going on here. Black currant, black plum, cedar, tobacco, mocha. Deftly balanced — approachable yet firm tannins. Love the peek of American oak on the finish — toasted vanilla beans. A joy to drink. 5,500 cases produced. $85.

Cheers to the extraordinary.