RARECAT Wines: An American in Bordeaux 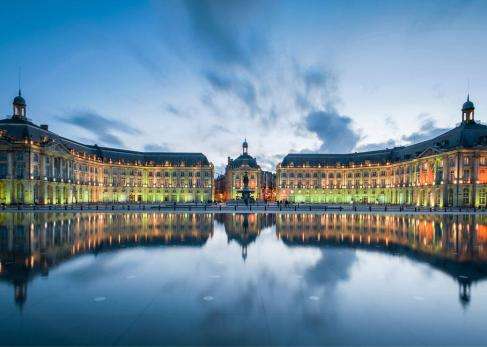 I was supposed to meet up with Sharon Kazan Harris of RARECAT Wines last spring in DC, but due to a calamity of unfortunate events, we never pulled it off. Sharon got a flat tire on the way from the airport, and inexplicably, I had given her the wrong cell phone number (who does that?), so when she called to let me know she was sitting on the side of the Baltimore-Washington Parkway . . . well, you get the gist.

She was gracious enough to send me a couple of her wines, though. They have been waiting very, very patiently in my samples queue (aka every available surface in my dining room). Most of you know I’m in the throes of my WSET Diploma studies, and [knock on wood] my LAST exam will be in June. For the past few months, I haven’t been doing much except studying. Like all the freaking time.

So, blog writing has been (mostly) on hiatus, but I’m trying to carve out some time. Because honestly, if I read one more word about vineyard soil composition, I’m going to scream.

The first thing that attracted me about RARECAT Wines was the coin logo. It’s based on a Carthaginian coin dating back to 320-300 BC. (Think Constantine the Great reuniting the Eastern and Western Roman Empires, and the Edict of Milan legalizing Christianity.)

I’ve worn an ancient Roman coin necklace for years. The Mr. Armchair Sommelier gave it to me moons ago, and it’s achieved a certain amulet status for me. I get a little twitchy when I forget to put it on.

The RARECAT coin logo shows a lion, standing in front of a palm tree, which was the symbol for Tanit, the Goddess of Carthage.  And while there are no lion-lions in Napa Valley, RARECAT’s Old Toll property is home to some mountain lions (aka pumas). There are, however, palm trees in Napa. More than once, I’ve read a rumor that during Prohibition, bootleggers planted palm trees as signs to in-the-know travelers that alcohol was available at that location. Is it true? Dunno, but it’s a fun rumor.

So, what exactly is a RARECAT? According to Sharon Kazan Harris, a RARECAT is “an elusive one-of-a-kind creature who touches others in a quiet way.” I like that. RARECAT’s complex, elegant and balanced wines are made to express this philosophy.

Harris spent her junior year of college abroad — in Bordeaux. (How come Bordeaux was never on the list of study abroad opportunities when I was in college??) In 2006, she graduated with honors from the Universite de Bordeaux’s famed program, Diplôme Universitaire d’Aptitude à la Degustation (that’s University Diploma in Wine Tasting Expertise for those of us who don’t parle Français). It’s a technical oenology diploma, and it’s taught entirely in French (which would have been a deal breaker for me).

Two years later, Harris founded RARECAT wines, which produces five wines in total, three are made in France and two in Napa Valley.

In Bordeaux, Harris works with a consulting winemaker to produce two wines — RARECAT St. Emilion, a single-estate Merlot blended with Cabernet Franc, and a non-vintage Cremant de Bordeaux, made just north of St. Emilion. She also produces a third wine — the RARECAT Champagne from 100% Chardonnay in Coté de Sezanne.

RARECAT produces two wines in Napa Valley along with consulting winemakers, Joel Aiken and Rollie Heitz. RARECAT’s Old Toll Cab, is a Cabernet Sauvignon blended with Petite Verdot and Cabernet Franc. RARECAT Rosé is a French-styled rosé, sourced from grapes in Yolo County and produced for the past three years in St. Helena.

Sharon Kazan Harris Harris spends the majority of her time in the Napa Valley and travels to Bordeaux once or twice a year, where she owns the RARECAT Villa. Located just outside the village’s Roman wall, RARECAT Villa is available for rent to visitors to the region. Just look at these pictures!! When the Mr. Armchair Sommelier retires in a few years (and we start globetrotting sans kids), I’m putting Villa RARECAT on our list!

Here are the wines Sharon sent to me:

RARECAT French Sparkling
This is a brut Crémant de Bordeaux, made in the traditional method from 100% Semillon, 12% ABV. Crémant de Bordeaux is one of a group of eight of French sparkling wines made using the traditional method, as in Champagne, but outside the region of Champagne. Because only wine made in Champagne can be called Champagne. Persistent effervescence. Abundant notes of green apple, lemon, pear, chamomile, and brioche. Crisp and clean, with a lively, yet not bracing acidity.

Here’s to the RARECATS of the world. Salud!