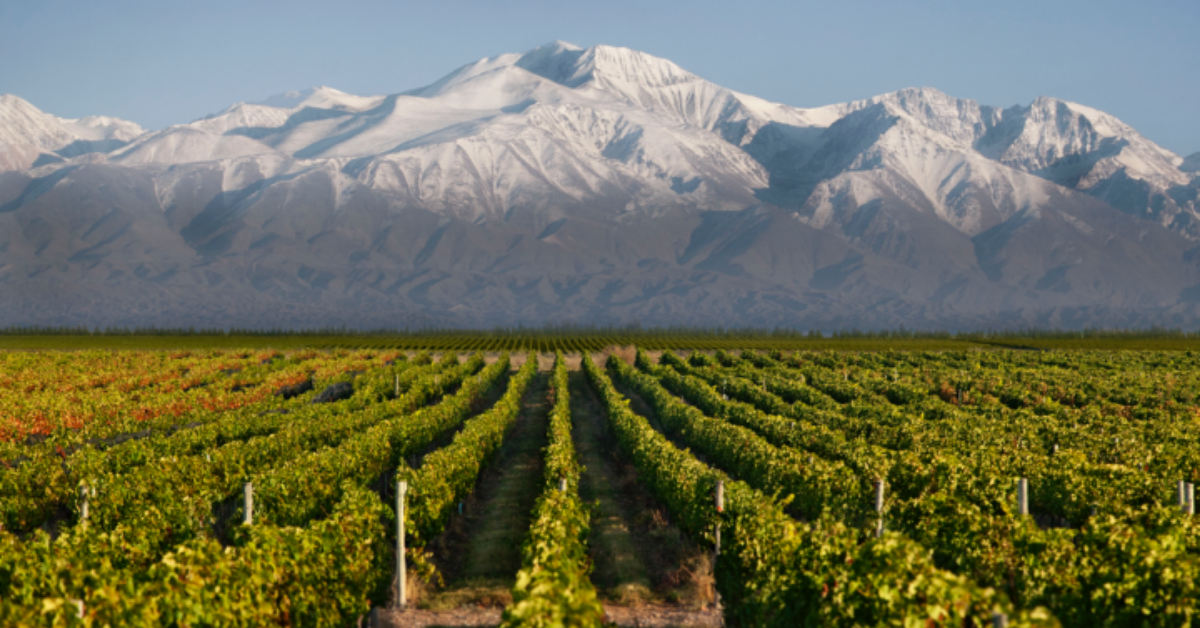 I’ve been a fan of Argentine Malbec for years — ever since our first trip to Argentina, where I subsisted on a binge diet of Meat & Malbec (officially, Argentina only recognizes one food group — the meat group).  I also discovered the wonders of chimichurri, an insanely delicious condiment, which the Argentines use much the same way as Americans use ketchup — as a vegetable.

I recently had the opportunity to taste a trio of Torrontés and a quintet of Malbecs from Argentina1.  Meat & Malbec with a chimichurri chaser, anyone?

Torrontés is a bit of a trickster.  Every time I stick my nose into a glass of Torrontés, my palate gets duped into expecting something sweet.  But, Torrontés is usually quite dry.  Torrontés is indigenous to Argentina, and grows almost exclusively there, where it thrives in the high-altitude vineyards of Salta (which has some of the highest vineyards in the world).  Torrontés is universally described as aromatic, and often compared to Muscat or Gewürztraminer.  And, truth be told, it’s never been one of my favorite grape varieties.  Because I’m never quite sure whether it’s wine or perfume.  It’s that aromatic.

Malbec is native to the Cahors region of southwestern France.  It’s also used as one of the six classic blending grapes in Bordeaux.  But it is in Argentina where the Malbec has truly found its footing.  Malbec has brought wine-recognition in spades to Argentina, which today grows about 75% of the world’s Malbec.  If you’ve ever had the chance to compare the two styles, a Cahors Malbec tends to be much more rustic (picture yourself drinking wine on an old leather couch in the middle of a barn) and tannic, while an Argentinian Malbec tends toward softer and fruity. Amalaya Torrontés 2015  ⭐⭐⭐/88
A blend of 85% Torrontés and 15% Riesling, from Salta, Argentina.  I can’t recall ever tasting a Torrontés-Riesling blend before this.  Fermented and aged in stainless steel.  Very pale straw, almost clear in color.  An extremely delicate nose, with flavors of tart grapefruit and lemon.  Dry and lean in texture, the pinch of Riesling lends a mineral aspect to the wine that’s really intriguing.  Green apple on the long finish.  13% ABV.  A crazy bargain at $12.

Colomé Torrontés 2015  ⭐⭐⭐/86
100% Torrontés, from Salta, Argentina.  Pale straw color.  Lighter-bodied, with flavors of orange, honeysuckle and lemon.  Extremely floral, even perfume-like.  A dandelion thing happening on the finish — I kid you not.  Sidebar:  When I was a kid, I remember my parents making dandelion wine.  But that’s a story for another day.  13.5% ABV.  Retail = $15.

Trumpeter Rutini Torrontés 2015  ⭐⭐⭐/85
100% Torrontés from Tupungato, Mendoza.  Fermented in stainless steel.  No oak.  Pale straw color, but more pigmented than the other two examples.  Clean and crisp, and there’s that Torrontés trick again — I would swear this was going to be a sweet wine.  But it’s dry!  Flavors of red apple and nectarines with some definite floral notes.  Jasmine, maybe?  More assertive than the others, but the finish isn’t as long.  Retail = $11.

Colomé Estate Malbec 2013  ⭐⭐⭐/88
100% Malbec, blended from four different high-altitude vineyards in Salta, including the famous Altura Maxima vineyard at 10,207 feet!  Aged for 15 months in French oak.  An intense ruby-red in color.  Blackberries, boysenberries, vanilla, and a smidge of coconut.  The high-altitude acids are front and center for sure, but this wine soared with the steak & chimichurri (see below).  14.5% ABV.  Retail = $25.

Rutini Encuentro Malbec 2013  ⭐⭐⭐/86
100% Malbec.  From Tupungato, Mendoza.  Aged in 50% new and 2nd use French oak, and 50% new American oak.  Bright, ruby-red color.  The nose is smoke and dried oregano, with a touch of crushed violets.  Flavors are ripe blackberry and raspberry with an intense black pepper finish.  Retail = $19.

I was blown away by how brilliant the Torrontés was with the spicy veggie-sushi.  A home-run pairing, for sure.  The Torrontés was not as brilliant with the basil pesto — a Sauvignon Blanc would have been much better there.  And although Malbec is perfectly capable of standing on its own, it really shines when paired with beef.  Carne Asada with chimichurri is a classic Malbec pairing for a reason — it works.  The Salted Alfajores Bars are an easier version of the classic Argentine shortbread cookie filled with dulce de leche (I don’t have the patience to make the classic version).  And now I wish they weren’t so easy to make . . . yum.

Dynamic Duo Bottomline:  The genius of Torrontés and Malbec is that they are not only approachable, but affordable.  Of the eight wines I tasted, only two are more than $20.  If Torrontés and Malbec aren’t already in your every day wine-rotation, it might be time for a field trip to your local wine store.