The Fiasco of Chianti 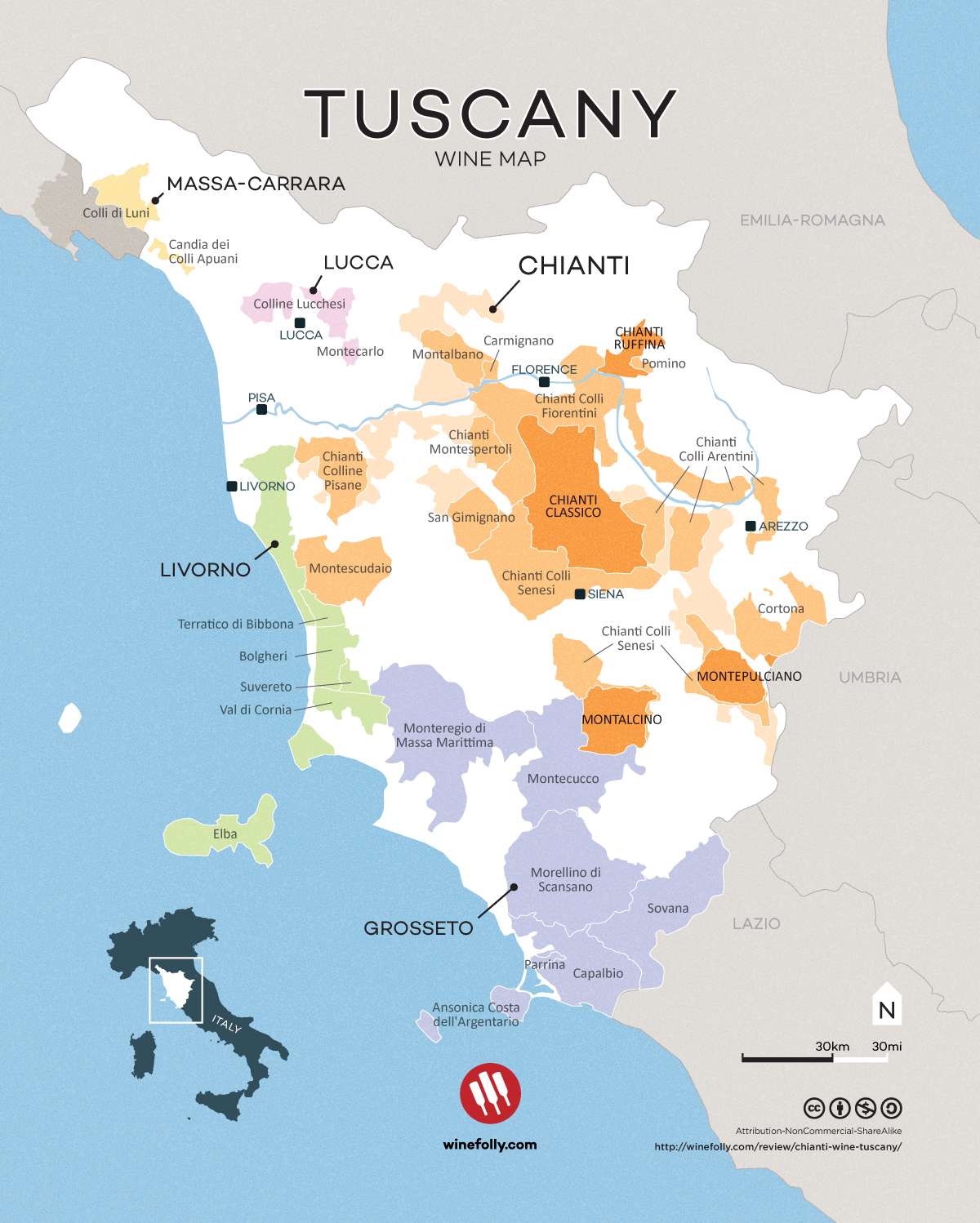 When I was young, my parents were super fond of an Italian restaurant in Washington, DC called Luigis. The restaurant opened in 1943 and closed its doors for good in 2013 (some pretty good longevity). It was a little bit kitsch inside — decor consisted of red and white checkered tablecloths, and basket-covered bottles of Chianti repurposed as candleholders. But now that I think back on it, that’s what I remember — those glorious, wax-covered Chianti bottles.

Those straw covered Chianti bottles are actually called “fiasco”, which is a little ironic because the story of Chianti has been a bit of a fiasco. The bottle itself probably dates to the 14th or 15th centuries, when the basket wrapping added extra protection during shipping. You can still buy Chianti in a fiasco bottle today, just know the wine inside isn’t worth drinking. You’re paying for the bottle — which you can repurpose as a candleholder. It just won’t be completely awesome until it has at least a decade’s worth of melted wax drooling down its sides.

The topic on WineStudio this month is Chianti. (WineStudio is a wine tasting and education series that takes place each Tuesday evening from 9-10pm EST on Twitter).  There’s been quite a bit of discussion about Chianti’s 2014 Gran Selezione classification and whether or not it confuses consumers.

Basically, Gran Selezione is Chianti’s attempt to create their own Grand Cru classification. They chopped off the top of the Chianti quality pyramid and set Gran Selezione on top of it.

But will the classification ultimately help the “brand” Chianti, or just further confuse consumers?

Depends on the consumer.

Some folks are dead set on a $6 bottle of Chianti, and no amount of talking to will push them in a different direction. They want their giant bottle of Bolla, and you better not stand in their way.

Other consumers are curious, but confused (and intimidated). And rightly so. After all, Chianti has more options than a Swiss Army knife. There’s Chianti, Chianti Rufina (I won’t even mention the other Chianti sub zones here), Chianti Classico, Chianti Riserva, Chianti Superiore, and Chianti Classico Gran Selezione.

No one has ever asked me specifically for a Gran Selezione. The question I do get is, “Can you help me pick out a good Chianti?”

Depending on who you ask, the first official “recipe” for Chianti dates back to 1872, and Baron Bettino Ricasoli (a family that’s been around Chianti since the 1140s). The recipe was mostly Sangiovese, with a little Canaiolo (a local grape) added to soften some of Sangiovese’s harder edges. A small portion of white grapes were also permitted.

The problem (or one of them) with Chianti is that the Consorzio (the Italian wine authorities) keeps changing the rules. In 1932, the Consorzio expanded the geographic boundaries of Chianti, and allowed 20% white grapes to be blended into the wines. After World War II, the world was thirsty for inexpensive wine, and the effect of the geographic expansion and grape rules in Chianti was an emphasis on quantity over quality — rendering most of Chianti into very boring, generic, plonk.

Here’s a couple of maps, for reference.

By the 1960s, Baron Ricasoli’s recipe became the rule. Chianti had to be a blended wine, and up to 30% could be white grapes. But if you wanted to make a wine that was 100% Sangiovese or add international grape varieties to the blend, you couldn’t call it Chianti.

Winemakers in Tuscany didn’t especially love being told they couldn’t do something, so they started to blend Sangiovese with international varieties anyway. As such, their wines couldn’t be labeled Chianti, and they didn’t care. Behold, the Super Tuscans. The quality and popularity of these wines soared (and so did the prices). The Super Tuscans appealed to the New World palates of Americans much more than traditional Chianti, which made Chianti producers a little nervous.

In 1984, the Chianti region was promoted from DOC to DOCG (Italy’s highest classification). And in 1996, Chianti Classico (the historic heartland of the region) DOCG was created, which gave autonomy to that region. These moves helped nudge the lower-quality guys off the stage, and brought the spotlight back to Sangiovese.

Also in 1996, the laws changed again (shocker). At that time, Italian wines were often criticized (not by me!) for being too rustic and too acidic. So, the solution was to allow more international varieties, and new French oak (rather than the old, neutral oak that was traditional). Under the new rules for Chianti Classico, Sangiovese had to be at least 80% of the blend, and white grapes were banished. The 20% of the blend that didn’t have to be Sangiovese could include traditional local grapes, as well as international varieties.

And then, in 2014, instead of moving in the direction of other world wine regions (like Côte du Rhône Villages, for example), and allowing individual communes/vineyards to be named on labels, the Italian Consorzio came up with the Gran Selezione classification.

Who can keep up?

This is one of the best charts I’ve seen for sorting out the overall Chianti classification situation (via Wine and Other Stories):

What do I buy? Gran Selezione is nifty, but not necessary for me. Especially not for everyday drinking. I do spend the extra $ on Chianti Classico, and often the riserva, because I like the flavors the extra year in barrel gives to the wine. Plus, so many quality Chianti Classico DOCG producers already make wines using estate (and single vineyard) fruit without submitting for the Gran Selezione classification.

Today, Chianti Classico has shifted focus away from international varieties and smaller/newer barrel aging, and back toward Sangiovese and local varieties, aged in traditional, large oak casks as a method to express individual terroir.

What will be interesting to watch is whether the Consorzio will allow Chianti Classico to include individual commune/vineyard names (based on climate and soils) on labels in the future. And the next question: Would that be enough to entice the Super Tuscans back into the Chianti fold?