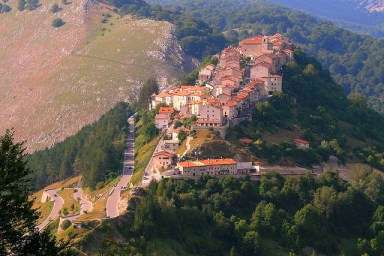 I’ve been thinking and writing a lot lately about expanding my wine horizons, and drinking outside my comfort zone.  One of my girlfriends is going to Rome for a few days in March. Rome!!  Sigh.  If I can’t go with her, I will live vicariously and use her trip as motive to continue down the road less traveled and try some new wines. To help my friend get ready for her Roman Holiday, we set the theme for this month’s Carpe Vinum as:  The wine regions in and around Rome.  Lazio is the wine region of Rome, so we considered doing a hyper-focus on just Lazio, but I worried about availability.  You can’t always just stroll into your neighborhood wine store and pick up an armful of wines from Lazio — it’s not Chianti.  So, we expanded our focus to include Rome’s neighbors:  Umbria, Abruzzo, and Campania. And now, I’m gonna tell you everything I know about those wine regions. Crickets. Well, now you know.  I’ve got work to do. Let’s get cracking!  Working north to south . . . Umbria Fun foods in Umbria:  Olive oil, black truffles, walnuts, lentils, chocolates (from Perugina) Important white grapes:  Grechetto, Trebbiano (known locally as Procanico), Chardonnay Important red grapes:  Sangiovese, Sagrantino, Gamay Umbria is the only region in Italy that has both no coastline and no common border with another country (you’ll need that info on Jeopardy one day, I’m sure of it).  The majority of the wine is “light and white”, and the most well known white wines come from the Orvieto DOC. Those wines are mostly a blend of Grechetto, Trebbiano, Malvasia and Chardonnay. When it comes to red wine, Umbria’s neighbor to the northwest, Tuscany, gets all the attention.  (Tuscany is Umbria’s Marcia! Marcia! Marcia!). Like Tuscany, the most widely planted red grape in Umbria is Sangiovese, and I’m told these wines tend to be more rustic than the Sangiovese from Tuscany.  And psssst . . . they’re also much cheaper.  Another interesting red grape in Umbria is Sagrantino.  It’s supposed to be killer with cured meats, pasta and strong cheeses. And there’s a dessert version called Sagrantino passito.  Yes, please. Umbria wine wish-list:  Orvieto, bargain Sangiovese and Sagrantino (especially the passito). Lazio Fun foods in Lazio:  Artichokes, asparagus, peas, pecorino cheese Important white grapes:  Malvasia, Trebbiano (some Chardonnay, Sauvignon Blanc and Viognier) Important red grapes:  Cabernet Sauvignon, Cabernet Franc, Merlot and Cesanese There are no DOCG wines in Lazio, but there are 25 DOC wines.  Most of the wines from Lazio are white, not red — that was news to me.  I always thought the first duty of an Italian wine was to be red.  The most common white wine grapes are Malvasia and Trebbiano — both light, dry and crisp, with fairly high acidity.  They are intended to be drunk young . . . while sitting in the sunshine at a trattoria, just watching the Roman world go by. Perhaps the most interesting DOC zone in Lazio is Est! Est!! Est!!! di Montefiascone — reportedly named in the 12th century by a German bishop, Johann Fugger.  Bishop Fugger was on his way to Rome for the coronation of the Holy Roman Emperor, Henry V.  According to legend (so you know it’s true), the bishop was a bit of a foodie/oenophile, so he sent a scout ahead of the route to scope out establishments with good food and wine. When the scout found a good osteria, he wrote “Est!” on the door, which means “it is” in Latin. When the scout arrived in Montefiascone, he was so excited about the wines he tasted at the osteria, he wrote “Est! Est!! Est!!!” on the door . . . the Middle Ages equivalent of a Michelin Star. Lazio wine wish-list:  Est! Est!! Est!!! and Frascati Superiore. Abruzzo Fun Foods in Abruzo:  Mortadella sausage, lamb, saffron, sheep’s milk cheeses, and porchetta (pork roast) Important white grapes:  Trebbiano Important red grapes:  Montepulciano Abruzzo is a mountainous region, and produces only one DOCG wine and three DOC wines.  Huh.  I thought every region in Italy produced hundreds of different wines. But my biggest surprise?  Over two-thirds of the wine made in Abruzzo is made by large cooperatives, and sold to other regions in Italy (Tuscany, Piedmont and Veneto) and France(!!) for blending purposes. The most important wine in Abruzzo is Montepulciano d’Abruzzo.  But don’t confuse this Montelpulciano with the Tuscan Vino Nobile di Montepulciano.  In Tuscany, Montepulciano is the name of the town, in Abruzzo, it’s the name of a grape.  Not that Italian wine is confusing or anything. Abruzzo wine wish-list:  Montepulciano d’Abruzzo and Rosato d’Abruzzo. Campania Fun foods in Campania:  Buffalo mozzarella, San Marzano tomatoes, pizza, eggplant, hazelnuts and almonds Important white grapes:  Falanghina, Fiano, Greco, Coda di Volpe Important red grapes:  Aglianico, Piedirosso Campania is the shin of Italy’s boot, and includes the famous city of Naples.  Campania’s oldest winery, Mastroberardino, has been working diligently to preserve many native grapes in the region.  A few months ago, I had the opportunity to taste a bottle of 1980 Mastroberardino Taurasi Riserva.  Inside that bottle, I found the key to Pandora’s Box. You won’t believe what I found inside that box . . . click here to find out! The most famous alcoholic beverage in Campania isn’t wine, but Limoncello . . . Italy’s sunshine in a bottle.  We probably need to end Carpe Vinum with a little sip of Limoncello.  It just seems prudent. Campania is home to only one DOCG wine, the powerful red, Taurasi, made from the Aglianico grape.  In fact, it’s the only DOCG red wine in southern Italy.  I’ve tried a few Taurasi wines before, and I’m a big fan of the Old World, rustic funk. Another well-known Campania wine is Lacryma Christi or, “Tears of Christ” wine, made on the hills of Mount Vesuvius.  It’s made in both white and red versions, and archaeologists have determined (from residue left in taps) that Lacryma Christi is the wine that most closely resembles the wine that ancient Romans drank.  So now you know what the house wine at The Colosseum was . . . Campania wine wish-list:  More Taurasi and Lacryma Christi (red and white) I realize I’ve only scratched the surface — doubtless, there are hundreds of other impressive wines to try from these regions, but with this, I feel a little bit more prepared for Carpe Vinum this month. Stay tuned for the wines . . . and the food pairings! Cin-Cin!