Our theme for the Weekly Photo Challenge this week is: Depth.
Our instructions:  “Share with us your take on depth — you can take it literally, figuratively, play with your depth of field, or highlight a person, a place, or an object to which you feel deeply connected.”

I took this photograph last Saturday at the Chapman’s Mill ruins in Haymarket, Virginia. Chapman’s Mill was first built in 1758, and is believed to be the tallest stacked-stone building in the United States.  It operated as a working, profitable gristmill for nearly 200 years.

During the Civil War, the Confederate Army used the mill to cure and store their meat.  And a small (in size, but definitely not significance) battle was fought on and around the grounds of the mill — The Battle of Thoroughfare Gap.  This is one of those what if battles of the Civil War. Confederate General Longstreet was on his way to hook up with the rest of General Lee’s army in Manassas, but he had to get through Thoroughfare Gap first.  Long story short, Longstreet outflanked Union General Rickett, and continued on through the gap to join General Lee in Manassas.  Longstreet’s arrival all but guaranteed a Confederate victory at the Second Battle of Manassas (Bull Run).  What if General Rickett had stood his ground?  What if Longstreet had never made it to Manassas?

Sorry.  I got sucked into a historical rabbit hole.

The mill stopped operations in 1946, but the little store on the property continued to be used as a convenience store and post office well into the 20th century.  In 1998, a fire (arson) gutted the mill.  Efforts are now underway to stabilize and preserve the structure.  If you’re local, it’s open from 9am – 5pm on the weekends, and it’s free.  It’s worth a look. 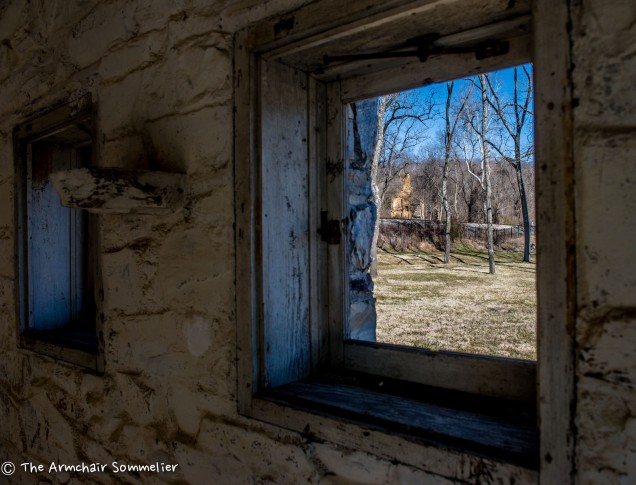 I stood inside the old store to take this photograph (no glass in the windows, btw).  The ruins of the old ice house are in the distance (across the railroad), and I really wanted to include them in this photo, so I had to stand at an angle.  This ended up giving me a lot of lines, and a lot of depth, but admittedly, they kind of compete with each other.  My eyes don’t know whether to focus on the second window, or the view out of the first.  Oh well.  I’ve decided to embrace it.
I love the way the blue sky reflects a blueish glow in that second window.

Life is short. Open the good stuff on a Monday. 🌺
Quick detour to @copperfoxdistillery this afternoon. Super peaceful to sit by the river and sip on some cocktails.
Birthday dinner with my girl …
57 years ago in Tokyo . . . my dad won his first Olympic gold medal. 🏅 💙🖤❤️💛💚