Our theme for the Weekly Photo Challenge this week is:  Wall.
Our instructions:  “Share an image of a wall that reveals something about a place, people, or you.”

For this week’s photo challenge, I headed out to the Manassas National Battlefield Park in Manassas, Virginia.  If you’re a Civil War buff, or you attended school in the Commonwealth of Virginia (and went on the obligatory field trip), you know that was the site of the First and Second Battles of Bull Run/Manassas.

My intent was to photograph some of the spectacular stone walls that dot the landscape here in Virginia, especially in the “horsey” counties of Fauquier and Loudoun.  The Mr. Armchair Sommelier and I have been fascinated by these dry-stack (no mortar) walls for years now.
A well-made stone wall can last for centuries.  But how do they fit the stones together so perfectly — so the walls don’t come tumbling down like a pile of Jenga blocks??  It’s just so damn . . . impressive.

But you know what?

They don’t have any stone walls at the Manassas National Battlefield Park.  At least not where my daughter and I were hiking.  There were plenty of stack-rail fences, but no stone walls.  I’ve been to MNBP numerous times, and I would have sworn there were stone walls there, but sometimes my middle aged brain invents things.

And then it hit me.  There is a stone wall at Manassas National Battlefield Park.  Stonewall Jackson.  You see how I twisted the theme there? 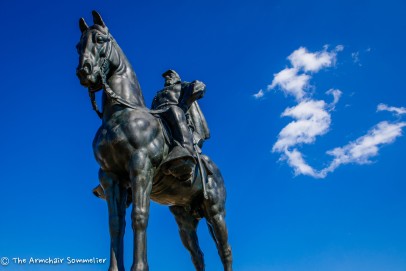 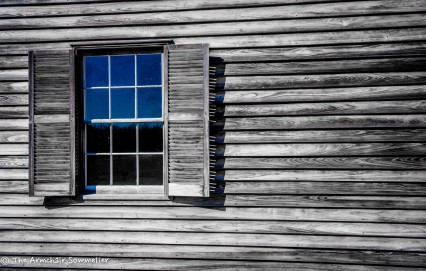 Photo #1:  Thomas Jonathan “Stonewall” Jackson earned his nickname at the First Battle of Bull Run in July of 1861.  One of Jackson’s fellow generals (General Barnard Elliott Bee), impressed with Jackson’s resolve in the face of enemy fire, commented, “Look men, there is Jackson standing like a stone wall.”  Sometimes, you’ll hear the quote as, “There stands Jackson, like a stone wall!”  But, since General Bee was killed right after he said the words (and Anderson Cooper wasn’t on scene), there’s no way to know for sure which words are the “right” words. So, pick your favorite.

There stands Jackson today, in bronze, next to a totally random, but really cool cloud formation.

Photo #2:  This is one of the walls of Henry House, the home of Judith Carter Henry, the only civilian killed in the Battle of Bull Run.  Miss Henry was in her mid-80s on that hot July morning in 1861.  She was bedridden, and either unable or unwilling to leave her upstairs bedroom (it depends on which side is telling the story).  Regardless, Confederate snipers commandeered her house, and opened fire on Union positions in the mid-morning hours of the battle.  The Union returned fire, and Miss Henry was mortally wounded by a Union cannonball.  After the battle, Henry House was razed and carried away (in pieces) by souvenir hunters.  The house was rebuilt in 1870, and is today owned by the National Park Service.

The sky was so blue the day we were at the park, and I loved the way the color reflected in the window at Henry House.  So, I made a post-processing, creative decision to throw the photo into black and white, save for that blue reflection.  The actual walls of Henry House are a weathered brown color.  And, because I can’t leave well enough alone, I’ll show you that one, too! 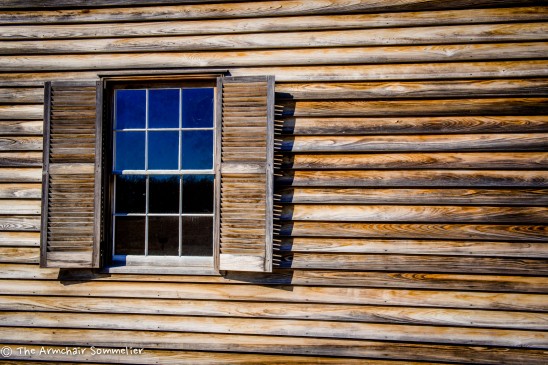