The interior of the translucent barn silo at RdV Vineyards in Delaplane, Virginia.

Our theme for the Weekly Photo Challenge this week is:  Grid.
Our instructions: We often superimpose a mental grid over things we photograph to help with composition. This week, let’s go literal — take the humble grid out of the shadows, and make it the star.

I published this photograph a few months ago (for a black and white photo challenge), but I’ve picked up a handful of followers since then, so decided to push the easy button this week and go for the re-run.  That, and I just didn’t have time to hunt all over the Virginia Piedmont for another grid.

Designed by the architectural firm Newmann Lewis Buchanan (out of Middleburg, Virginia), the winery at RdV is a three-wing barn, with the silo as it’s axis and focal centerpiece.  The building was designed to melt into its rural surroundings, and it does, seamlessly.  I’ve hiked up to the top of Lost Mountain at RdV, and from that vantage point, you can look out across the countryside and count the other silos — RdV fits right into the neighborhood.

The beautiful kaleidoscopic pattern inside the silo is actually wind bracing . . . and a lovely illustration of our grid theme. 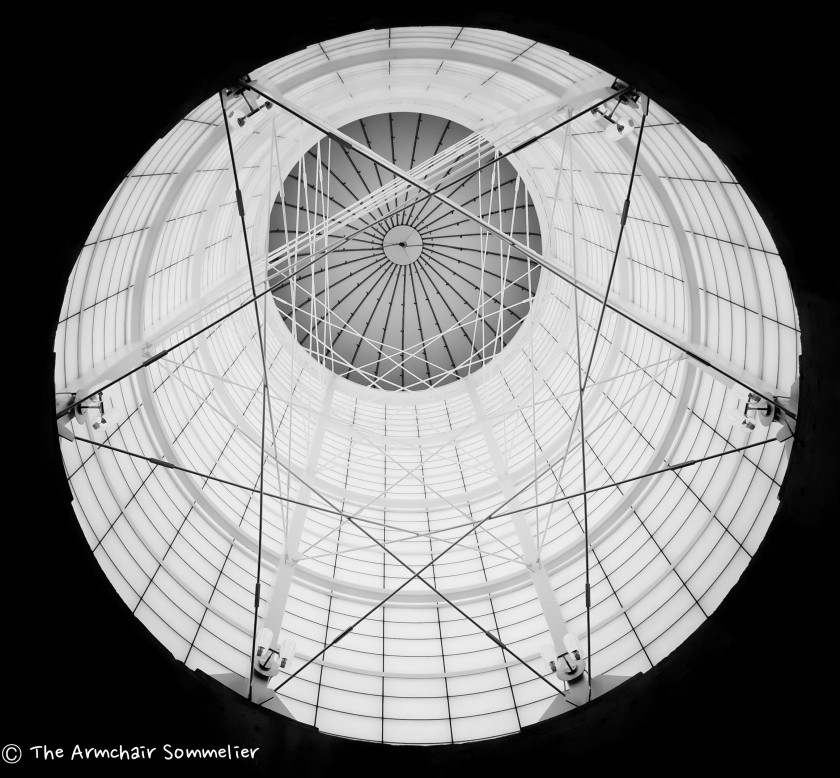 RdV makes superb wines (well, technically they only make two), but they are superb.  Not just superb for Virginia wine, superb world-class wine.  The kind of wine you make a special trip to taste.  If you’ve never been out to RdV . . . go.  Go for the wine.  Stay for the aesthetics.